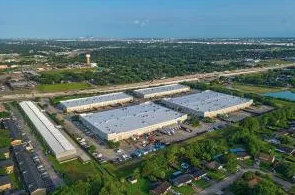 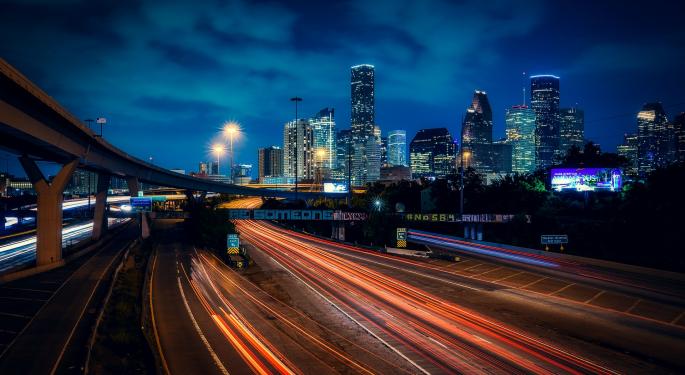 “We have officially closed on the land and completed all of our designs, and we’re in the process of breaking ground as we speak,” Stonemont Financial CEO Zack Markwell told FreightWaves during an interview Wednesday.

The new park, which could house up to 8 million square feet of industrial space, is located along Interstate 69, almost midway between Houston and San Antonio, and about 200 miles from the U.S.-Mexico border.

The first phase of construction will include two warehouses: a 125,000-square-foot distribution center and a 200,000-square-foot speculative warehouse. The park will have full intermodal and transload capabilities once completed in 12 to 15 months, according to Stonemont officials.

Vitro Chemicals, a subsidiary of Monterrey, Mexico-based Vitro, has already signed on as a tenant for the 125,000-square-foot distribution center. Vitro is one of the largest glass manufacturers in the world.

Markwell said another reason they picked El Campo was to capitalize on its location along the Kansas City Southern Railway NYSEKCS.

“We have been working with KCS for the last four to five years in finding the optimal location where we had frontage on their line and then also frontage on I-69,” Markwell said. “All of that is a very strategic location to the Houston market, but also the important markets of San Antonio, Austin, and Dallas.”

Markwell said by connecting the new industrial park to the KCS rail line, Mexico-based manufacturers can use KCS for cross-border shipping from their factories in Mexico, all the way to the park, and closer to major distribution centers in Houston, San Antonio, and Dallas.

Tenants will also benefit from customs preclearance that enables users to bypass rail and highway backups at the border crossing, as well as avoid backlogs of truck and rail traffic at existing regional parks and ports closer to the congested Houston metro area.

“Our manufacturers in Mexico are moving the border north — if you think about it that way — where they are coming from Mexico, coming to Laredo today and then breaking down and either drawing from that point or staying on and switching carriers and going throughout the United States and distributing back into Texas,” Markwell said. “What we’re doing is moving that border north to just 62 miles outside of Houston and serving it from that point.”

The park will also be part of a Foreign Trade Zone (FTZ), with additional local and state economic incentives available for tenants.

Pittsburg, Kansas-based Watco Companies will operate the short line railroad connecting the buildings to the KCS mainline. Houston-based NAI Partners will oversee leasing at the park.