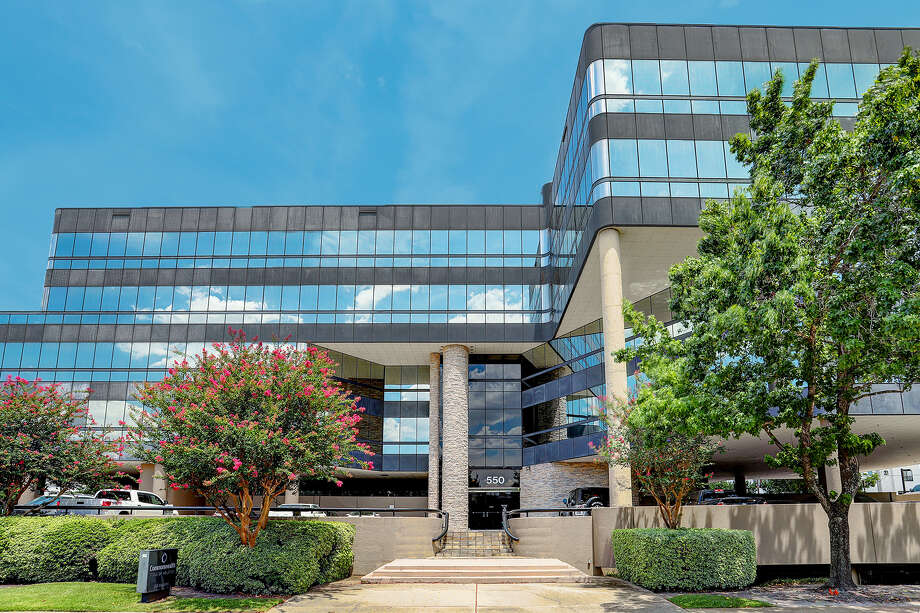 “Our recent success has been due to the depth of our team and the focus we have on technology and platforms for today’s digital marketplace,” Robert LaCour, Lee & Associates principal said in an announcement.

A little while back, I wrote about how an emerging new category of workplace alternatives are attracting attention from both the venture community and some of the commercial real estate’s biggest players.

One such company is Austin-based Swivel, which has developed an agile leasing platform and network. The startup just raised $8 million in Series A funding led by Jim Breyer of Breyer Capital (who’s also backed the likes of Facebook and Spotify). Breyer is contributing $5 million of the capital. JLL Spark, the venture arm of commercial real estate brokerage giant JLL, put up the remaining $3 million. The financing brings Swivel’s total raised to $14.6 million, according to its Crunchbase profile.

The startup has been testing its model across Texas, mostly in Austin and some in Dallas and Houston.

“Everything seems to be proven right and working,” Harmon told Crunchbase News. “So we raised this round to scale up nationwide.”

Harmon founded Swivel in late 2016 with some initial incubation capital from Floodgate. He and Floodgate Co-Founder Mike Maples had started and sold a software company together in the late 1990s called Motive and decided they wanted to work together again.

They both had a passion for “simplifying the office,” Harmon said and felt like the commercial real estate office market needed to be disrupted.

So how does it work? Pre-qualified member companies can contract with Swivel’s landlord partners for turnkey office space on flexible terms with little or no upfront capital expenditure and no lease lock-in.

Landlords use the company’s agile leasing platform to backstop their leases for member companies. (I wrote about a similar startup, Landing, recently that is focused on flexible apartment leases). Using Swivel, leases are typically a 12-month commitment with a maximum of four years.

Clients are able to use Swivel’s software to configure and design the space however they want; most offices are between 3,000 and 10,000 square feet. Companies need only to give 60 to 90 days notice before moving out and they are not charged any penalties or move-out fees and don’t have to deal with subleasing.

Since its network launch in 2019, Swivel has signed up over 30 landlords representing more than 150 properties across Austin, Dallas, and Houston.

What it is and what it’s not

Harmon is quick to point out that unlike other flexible workspace operators such as WeWork or Knotel, Swivel is not a landlord. It does not lease space.

“We’re more like a VRBO for office space,” he told me. “People who own properties use our technology and platform to lease to new tenants on more flexible terms. Landlords make the money and share their profits with us.”

For example, a landlord can open up two floors in a building specifically to be listed via Swivel. They can charge a (10 to 20 percent higher) price per square foot because of the flexible terms, but it will still come out to about half the cost of a co-working space, Harmon said. The swivel will completely furnish the space, and “the building becomes more valuable,” according to Harmon.

“We work with hundreds of landlords,” Harmon said, “and we allow them to make more money by bringing a different kind of client into their building and providing a new class of service.”

Swivel is also not out to replace commercial real estate brokers, opting instead to partner with them so it saves money on marketing as well. It works out well for all involved, Harmon said.

Swivel’s target market is tech-enabled companies in their growth phase, which make up about half of the tenants leasing through its platform. (It works with tenants such as Dremio, Graylog, Guideline 401k, hOp, Plivo, Samcart, TalentRobot, and Verify.)

The process is a more appealing one to tech upstarts that simply prefer a more digital process in general.

“They’re just used to the flexibility and that sort of convenience in other parts of their lives,” Harmon said.

But Swivel has also helped a number of multinational companies that require flexibility for their satellite offices.

The company plans to use its new capital primarily to expand across the U.S. in 2020. It is in talks with landlords in Boston, New York, Northern Virginia, Charlotte, N.C., Los Angeles, Salt Lake City, Utah, Denver, and San Francisco.

“Expansion cities are a finite list and expand based on how our landlord partnerships unfold,” Harmon said. “Landlord partners will determine the order and timing of opening up each market.”

For his part, Breyer believes Swivel’s business model is an ideal approach to help landlords be able to meet the evolving needs of tenants.

“As a VC, one of my mantras [to portfolio companies] is ‘don’t sign anything longer than two years,’ ” Breyer told me. “Real estate hasn’t kept up with that, as the leasing business hasn’t yet been tech-enabled, particularly in very important markets, like Silicon Valley and Austin.”

In general, he also believes flexible leases will become more and more important in general given workforce needs.

“The next generation thinks about flexibility first and foremost,” Breyer told me. “Swivel gives landlords the opportunity to attract the tenants of the future.” 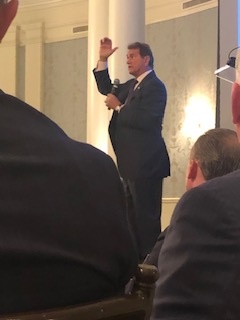 The Houston Country Club hosted Joe Theismann; Motivational Speaker, and former NFL champion this morning during a breakfast conference sponsored by Holba. He discusses his biggest tip for success: being in service to the world and he used JJ Watt as a prime example to explain that.
Joe Theismann says he remembers everything that happened that night he broke his leg. He says it was the day that he died and got brought back to life in a way that he is forever grateful for. He took all of the encouragement from the stands as they gave him a standing ovation. He was encapsulated by the roar of the crowd as he was being pushed away on the stretcher.
In a room full of Real Estate Brokers who were there to witness Theismann’s wisdom they deliberately ignore their eggs and bacon that’s in front of them, they are mesmerized by his presence. I mean, how can you resist that bacon smell? That’s how mesmerizing Joe Theismann’s energy was.
He has so much energy at 7:30 in the morning and wasn’t even drinking a cup of coffee. What is his secret? His secret is success and admiration. His top love language is probably affirmation I bet you his super bowl rings on that one. All of them.