Houston-based Stage Stores Inc. (NYSE: SSI) had its own set of struggles even before the coronavirus pandemic brought much of the retail sector to a halt.

Now, the department store owner is taking steps to significantly scale back operations to reduce costs and preserve liquidity, according to a press release.

The stage has temporarily closed all of its 738 stores as of Friday, March 27. Previously, about 393 stores were closed in compliance with state and local regulations, while the others primarily were located in smaller markets and were operating under reduced hours.

The company operates specialty department stores under the Bealls, Goody’s, Palais Royal, Peebles, and Stage brands as well as the Gordmans off-price brand.

Virtually all employees in stores, field support roles, and distribution centers have been furloughed until further notice. Effective March 29, 87 percent of employees at Stage’s Houston Support Center also will be furloughed. There are 80 key employees who are not subject to the furlough because they perform essential functions, though the release did not specify what or where those roles are. Furloughed employees will not be paid, but they will keep their health and welfare benefits.

Members of the executive leadership team will temporarily have their pay reduced by at least 25 percent effective March 29, and the board of directors members will not be compensated during this period. The end of the pay-cut period has yet to be determined.

In 2018, President and CEO Michael Glazer’s base salary was more than $1.04 million, and his total compensation including stock awards was over $3 million, according to the most recent proxy statement Stage filed with the U.S. Securities and Exchange Commission. The only other named officers in the proxy were Thorsten Weber, executive vice president and chief merchandising officer, and Steven Hunter, formerly executive vice president and COO of Gordmans, who left the company in July 2019, according to a separate filing. Webster received a 2018 base salary of $522,692 and total compensation of more than $1.25 million, and Hunter received a 2018 base salary of $478,461 and total compensation of $872,867. The stage has not yet filed its proxy statement with 2019 compensation.

“With the health and safety of our associates and guests as our top priority, we are taking difficult but necessary actions in a challenging market and in the face of the unprecedented COVID-19 situation,” Glazer said in the March 27 press release. “We are grateful to all of our associates for their dedication and commitment to serving our guests.” 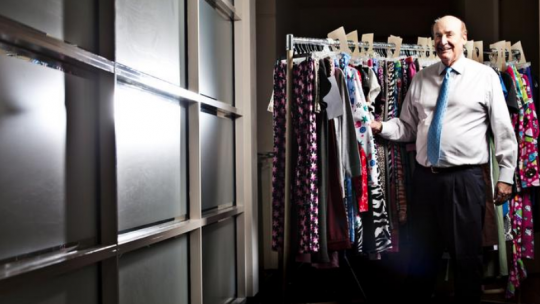