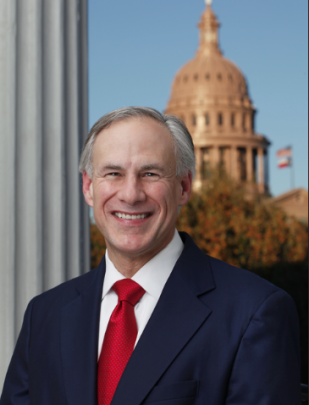 First, the governor is establishing a strike force that includes medical experts, business leaders, educators, and political leaders. This team will work together to find safe and effective ways to slowly re-introduce Texans to their usual way of life.

The force will also have advisers from the business community such as jeweler Kendra Scott, Gallery Furniture owner Jim “Mattress Mack” McIngvale, and restaurateur and Houston Rockets owner Tilman Fertitta.

One of the biggest announcements regarded school districts and universities, which are closed for the rest of the school year.

On April 27, Abbott said he will announce additional guidelines for the reopening of Texas.

As part of his plan to reopen Texas, Gov. Greg Abbott will loosen restrictions on non-essential retailers and service next week.

Beginning April 24, businesses that are not essential but can be provided their product or services through pickup, delivery by mail or direct delivery to the customer’s home will be allowed.

In the meantime, dining in at restaurants, food courts and bars remain closed. The same applies to gyms, massage establishments, tattoo and piercing studios, beauty salons.

Gov. Abbott loosens restrictions on some surgeries and other medical procedures

Gov. Greg Abbott Friday unveiled his plan to gradually reopen Texas, and it includes loosening some restrictions on surgeries.

Under the governor’s executive order in March, only surgeries and procedures that were “medically necessary to diagnose or correct a serious medical condition or to preserve the life of a patient” were allowed.

Other surgeries and medical procedures were canceled so Texas hospitals could make room for COVID-19 patients and focus resources on them.

Under the new executive order, there will be some exceptions beginning April 22.