(CNN) – The US market for commercial real estate flashed a warning sign in the first half of 2019.

For the first time in seven years, overseas investors in office buildings and retail space became net sellers of properties, according to a new report from Real Capital Analytics, which tracks the sector.

This follows a strong 2018 when the cross-border acquisition of commercial real estate hit near-record levels.

Direct acquisitions totaled $21.3 billion in the first half of the year, down by more than 40% compared to the same period last year. Meanwhile, sales reached $21.4 billion.

No single region was responsible for the pullback, though China notably slid to No. 9 in the ranking of investors. The country, which has tightened rules on capital outflows, was fourth in 2018 and third in 2017.

The report identified the trend as a “yellow warning sign rather than a red one.”

“It is not a whole class of investors writing off the US,” Real Capital Analytics said. “Rather, the high-ticket price deals that these investors pursue are becoming more challenging.”

A significant portion of investment in the past year comes from Canada, which accounted for 55% of all foreign investment in the sector, the report noted. A big factor is large deals completed by real estate giant Brookfield Asset Management.

Born in 1917 in Guangzhou, China, Pei moved to the U.S. in 1935 to study architecture, starting at the University of Pennsylvania and later transferring to the Massachusetts Institute of Technology. After graduating, Pei joined the Harvard Graduate School of Design, where he studied under Marcel Breuer and Walter Gropius, pioneers of modernist architecture.

At the beginning of his career, Pei worked closely with developer William Zeckendorf and fellow architects Ulrich Franzen and Henry Cobb, as the in-house architect of Webb & Knapp. Together, they adventured on multiple large-scale urban renewal projects in Houston, New York City, Chicago, Philadelphia, Pittsburgh and Washington, D.C., Boston, Denver, Montreal and other cities.

After seven years with Webb & Knapp in New York, Pei established his own architecture firm in 1955, known today as Pei Cobb Freed & Partners. Throughout his more than 60-year career, he designed a number of notable modernist buildings around the world, including the East Building of the National Gallery of Art in Washington, D.C., the Louvre Pyramid in Paris and the Rock and Roll Hall of Fame in Cleveland. Check our web site for more information www.houstonrealtyadvisors.com 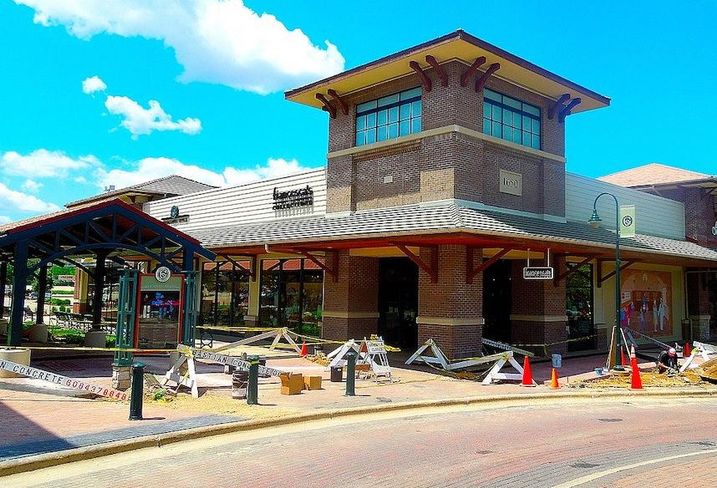 SO this is going to SAVE ME MONEEEEEY ..OK….bad Mattress Mack impression…Francesca’s announced Friday it will close at least 20 locations in 2019 and will pause remodels until the company’s bottom line improves, Retail Dive reports. It originally expected to shutter between 30 and 40 stores this year after identifying 129 underperforming stores, according to the Houston Business Journal.  The Houston-based apparel retailer posted a 14% drop in net sales in the fourth quarter from $119.3M to $138.5M year over year, according to a release from Francesca’s. It noted a decline in boutique traffic and a lower conversion as the reason for the decline in net sales. Overall, net sales decreased by 9% year over year from $471.7M in 2017 to $428.1M in 2018.  “Over the last three months, we have done an abundance of work, evaluating all areas of the business and developing a strategic turnaround plan that we believe will return the company to longer-term positive sales, cash flow and operating income performance,” Francesca’s interim CEO Michael Prendergast said in the release.  Going forward, the company’s top cost reduction measures include: transitioning the merchandising process to allow a demand-based, fast-fashion business model; simplifying the promotional strategy; cutting selling, general and administrative expenses; and optimizing real estate through selective closures and lease renegotiations.   “We will continue to move swiftly to develop a strong foundation and implement operational disciplines that will enable improved performance across all financial metrics,” Prendergast said.  Francesca’s CEO Steve Lawrence resigned earlier this year, and the company hinted at a potential sale, according to the Houston Chronicle. The retailer also cut an undisclosed number of jobs in both the corporate office and field management positions, saving about $15M in annualized gross selling, general and administrative expenses, a release from April said.  In 2018, Francesca’s opened 32 new stores and had 26 closures compared to 60 new stores and 10 closures in 2017. The retailer has a total of 727 boutiques, per the release. Five of those are in Houston, according to the company’s website.

A record-breaking 16M SF of industrial product is under construction in Houston. The number blows away the previous peak of 15.4M SF underway in Q2 2015, according to NAI Partners research.
Developers are bullish on the industrial space because of the city’s strong economic outlook, but industrial brokers disagree on whether there is enough demand to absorb the increasing supply in the Bayou City.
“The amount of industrial construction going on is mind-blowing,” Avison Young Vice President Grant Hortenstine said. “That is a massive amount of space. No one can say there are 15 Home Depots, Walmarts, Lowes, Conns or whoever looking for that much space because they just are not.”  Ed Ayres at www.houstonrealtyadvisors.com says the number of industrial space seekers coming to USA and Houston may be due to the tariffs that President Donald TRUMP has threatened and already added.