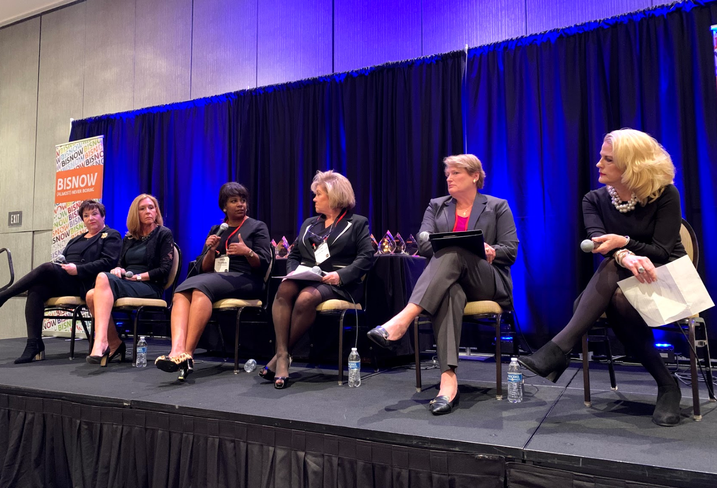 In addition to an individual investor’s own return requirements, which will vary based on their risk appetite, there are many other data points to analyze in a commercial real estate investment.

Longer-term leases, well-located properties, newer assets, below-market rental rates, and better credit tenants would all represent less risk when compared to the median. On the contrary, short term, poorly located, obsolete or older assets, above market rents and low-credit or no-credit tenants would all represent variables having a higher degree of risk and thereby resulting in a higher cap rate expectation.

All of these variables contribute to the overall risk of any given investment opportunity and for each one that reduces one area of risk there may be another that increases a different area of risk, but all should be considered together.

As we move through the third quarter, with expectations growing for another rate cut in September, it will be interesting to see how much further cap rates may compress and if commercial real estate asset prices increase, understanding that interest rates are only one of the variables that determine asset pricing. 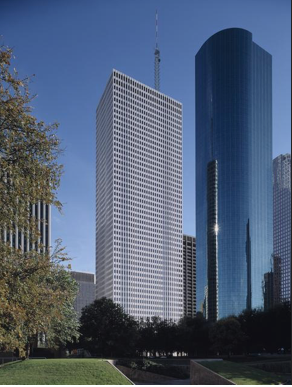 A 4-acre parcel in Houston’s Greenway Plaza-Upper Kirby area has sold to an investment group led by a local commercial real estate firm, which is considering a mixed-use project for the site.

The partnership led by Houston-Based Senterra Real Estate Group purchased the property at 3440 Richmond from a joint venture between Houston-based Midway and Cathexis RE Holdings, which is also based in Houston. David Hightower, an executive vice president at Midway, represented the selling entity.

JLL (NYSE: JLL) marketed the site on behalf of the seller. The JLL Capital Markets team representing the seller was led by Managing Director Davis Adams.

The Senterra-led partnership did not disclose the sales price for the land located at 3440 Richmond Ave. However, the Harris County Appraisal District valued the land and improvements at $15 million as of Jan. 1, 2019.

The property is located at the northwest corner of Buffalo Speedway, directly across from the eastern edge of the Greenway Plaza campus. The property includes a corner pad site occupied by an operational branch of BB&T (NYSE: BBT), according to a news release.

Senterra Real Estate Group CEO Neil Tofsky said the partnership that purchased the property is still considering the best way to make use of it. However, he said a mixed-use development is among the possibilities.

“This is a strategic piece of property in the transformation of Buffalo Speedway,” Tofsky said. “The area is going to undergo tremendous changes over the next few years, and we wanted to be part of the transformation.”

The property at 3440 Richmond already abuts another proposed mixed-use project planned by San Francisco-based Spear Street Capital and Houston-based Transwestern Development Co. The Ro, as that development is known, will be built on 16.88-acres at 3120 Buffalo Speedway.

Renderings included with the plans show at least one high-rise structure. 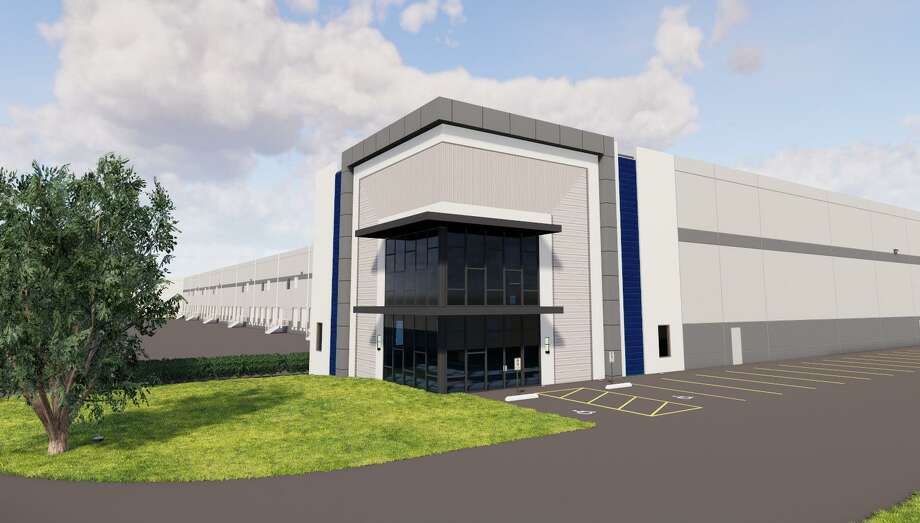 American Cross-Dock & Storage, a family-owned and operated logistics company led by president and CEO Deborah Bressie, signed two leases totaling 146,863 in Pasadena. The company leased 102,863 square feet of industrial space at 9701 New Decade Drive in the Bayport North Logistics Center I, from Triten Real Estate Partners, for storage and distribution, and subleased 44,000 square feet at 13225 Bay Park Road for drayage and cross-dock services. Bob Berry and Grant Hortenstine of Avison Young represented the tenant, while Jason Dillee and Andrew Jewett of CBRE represented the landlord. The company has more than doubled its space since being founded in March 2018. It provides warehousing, trans-loading, fulfillment and packaging services to the Greater Houston area.

Humble Independent School District purchased a 50-acre site at the intersection of Will Clayton Parkway and Rustic Woods Drive. The property was purchased from Lennar Homes of Texas for a future elementary school. Mark Wimberly of Houston Commercial Development represented the buyer.

Oldham Goodwin Capital, in partnership with MGroup + Architects, broke ground on the second phase of Catalon at Lago Mar apartments at 6130 Lago Mar Blvd. in Texas City. The addition will bring 170 units ranging from 715 to 1,417 square feet in four buildings. Completion is planned in November 2020. 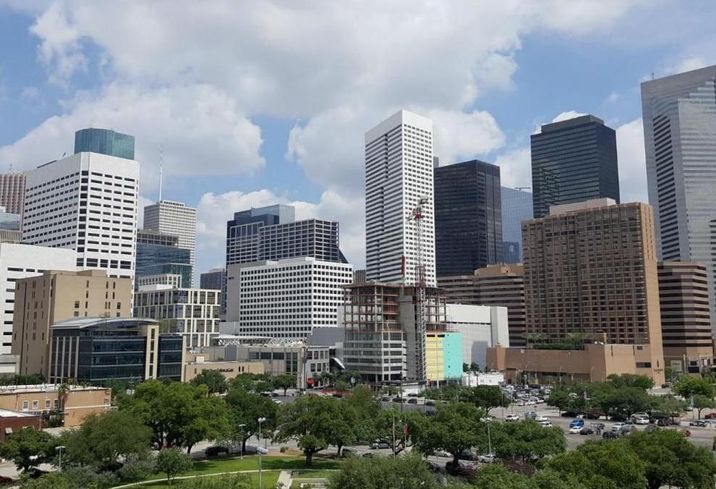 Houston reportedly has a new high watermark for office sales prices. Skanska USA has sold the 780K SF Bank of America Tower office building for $542M, according to Real Estate Alert. At $685 per SF, the sale set a new record, far exceeding the previous $528 per SF benchmark set by BBVA Tower in the Galleria in 2015. The buyer, the California State Teachers Retirement System, worked with Eastdil Secured in brokering its purchase. Skanska may retain a 10% stake in the deal, REA reports. Skanska completed the building, once known as Capitol Tower, earlier this year. Bank of America acquired the naming rights when it signed a 210K SF lease. While the LEED Platinum building bears Bank of America’s name, Waste Management is its largest tenant, occupying 284K SF.  The deal might not hold the record long. Nearby, CalPERS and Hines have enlisted Cushman & Wakefield to list 609 Main, the latest jewel in Downtown’s skyline. The 1.1M SF skyscraper could attract bids of about $660/SF, or $700M, according to REA. Houston has, for the most part, survived the oil downturn, but some areas are still in recovery.

Eli Gilbert, director of research at commercial real estate firm JLL in Houston, said this has to do with oversupply and jobs lost during the downturn.

Also, companies have learned to be more efficient with less space.

“Looking at the overall vacancy rate,” he said, “particularly in the office market, in the future, a higher value than has historically been seen may become the new normal for the region.”

The office vacancy rate is currently around 20%, with estimates placing the amount of vacant office space between 50 and 60 million square feet, according to the Greater Houston Partnership’s 2019 Employment Forecast.

Gilbert said population growth is the main driver for the other commercial real estate sectors, which include industrial, retail and multi-family.

The industrial market, in particular, is benefiting from an increase in online sales and demand for distribution centers.

Weezie Mackey has heard stories about how coworking spaces operated by big national chains can be male-dominated, lack privacy and have a fraternity party feel that can be intimidating for users who want a more relaxed environment.

“People don’t necessarily want Ping-Pong being played when they work,” said Mackey, a writer who with her contractor husband is launching her first coworking facility in a North Post Oak business park. “We wanted to be a more grown-up version.”

The new space, Origin Cowork, fills nearly 10,000 square feet at 1000 North Post Oak near the Awty International School. The facility has 15 offices, 20 cubicles and 30 “hot desks” — unassigned spaces where people can work for the day.

Coworking spaces and other flexible work environments now occupy more than 1.4 million square feet in Houston, three times as much as they did in 2010, according to recent data. In all, there are 20 such office providers in the area.

Mackey said there’s room for all models, especially in a city as large as Houston where potential coworking tenants might not want to go downtown or to the Galleria area where parking can be a costly expense.

Users can buy month-to-month memberships ranging from $300 for a desk to $3,200 for an office suite. There are also $30-day passes and hourly meeting room rentals. Space also has podcast booths and a wellness room for nursing mothers

Mackey anticipates much of the demand at Origin to come from lawyers, accountants, architects, and freelance writers.

“They’re already established,” she said. “They just want a place where they can get work done and meet clients that’s not their dining room table.”

The new space will officially open next month, said Mackey, who is also a writer and editor at Rice University’s business school. Her husband Rob was the contractor for the Silos at Sawyer Yards artist studios and other inner-loop real estate developments.
06
0 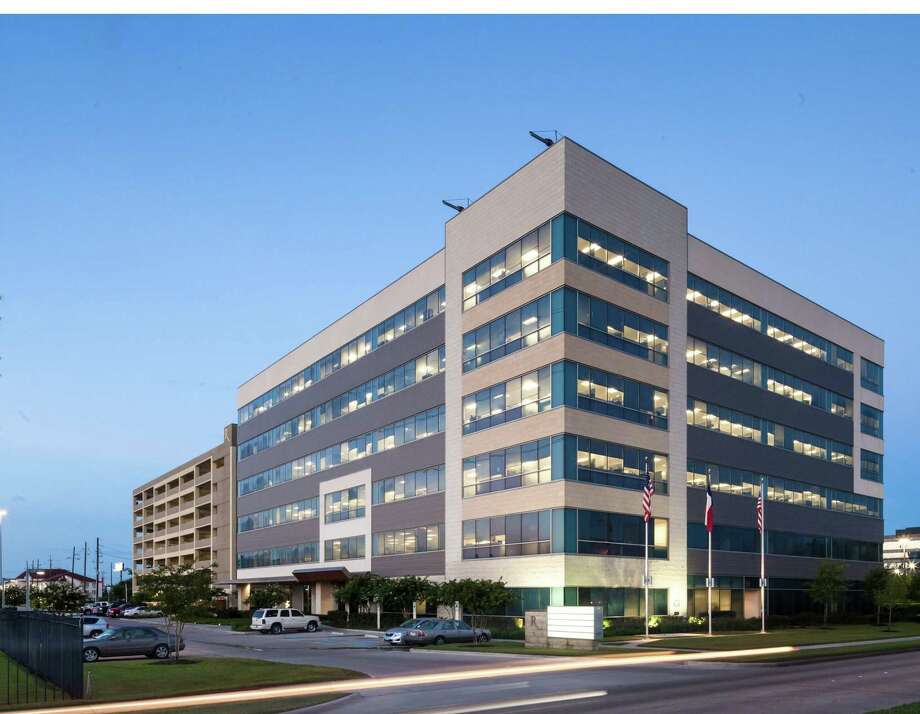 NIT Industrial bought a 151,260-square-foot distribution building at 12614 Hempstead Highway in northwest Houston. The seller, STAG Houston 3 LP, was represented by Ryan Byrd and Walker Barnett of Colliers International. Jason Tangen, also with Colliers International, represented the buyer. NIT, which plans to make capital improvements to the property, has retained Colliers to market the space to tenants.

BH Properties has selected CBRE to lease and manage The Reserve at Park Ten office building at 15721 Park Row in west Houston. Constructed in 2009, the six-story building has 140,000 square feet available for lease. Kirksey Architecture designed renovations to the lobby, tenant lounge and a new conference facility. Steve Rocher, Parker Duffie, and Jackie Mendoza will lead the marketing efforts.

06
0
HOUSTON – As Houston continues growing into the third-largest city in the United States, more and more people are migrating to Space City for the city’s appeal, health care system, and job opportunities.​​​​​​​​​​​​​​

According to a study from Commercial Café, a commercial real estate blog, “More than 45 million Americans changed residences between 2017 and 2018, according to U.S. Census Bureau estimates. This means that more than 14% of the total U.S. population moved in the course of a single year. Migration has been a defining characteristic of Americans since the frontier expansion; nowadays, Americans move more often than most people in the world.

Many of the shifts in population within U.S. borders can be attributed to residents moving from one Metropolitan Statistical Area (MSA) to another. To see which metros are the most popular destinations, we analyzed net population gains through metro-to-metro migration for U.S. cities and their respective MSAs. We used U.S. Census estimates for 2013-2017, the latest data released as of August 2019.”

The top 10 metro areas for metro-to-metro migration were:

According to Commercial Café, “Houston rounds out the podium for net metro-to-metro migration. On average, it gained 32,821 residents per year from other U.S. metros. Texas sees a lot of intra-state migration. The biggest sources of new residents for Houston—as well as the three most popular destinations for people moving out of Houston—are the three other large metros in the state—Dallas-Fort Worth, Austin, and San Antonio. Houston comes out even in most of these population exchanges, except for the Austin metro, which gains far more residents than it loses to Bayou City.”

Commercial Café continues by stating in the study, “Among the three Texas metros on our list, Houston saw the largest population increase through metro-to-metro migration. This growth is visible in Space City’s many business districts, which added almost 18 million square feet of office space between 2013 and 2017, according to Yardi Matrix data. This amount surpasses that of any other metro in the top 10. The Houston housing market is also on the upswing. The number of housing units here increased by an average of 2.1%—or 52,841 units—each year. Furthermore, the healthcare sector provides Houston with a steady flow of income and job openings, and the city is home to the largest medical complex in the world, according to the institution’s website. Houston’s port is also among the busiest in the U.S. by international waterborne tonnage, and the oil industry is booming. Considering these factors, it’s easy to see why Houston is flourishing.”